Conversation with Aracelis Girmay in The Los Angeles Review of Books

A gift of a conversation with the amazing poet Aracelis Girmay on my book, The Miraculous True History of Nomi Ali, for Los Angeles Review of Books.

This excerpt is from her introduction, one of her many brilliant questions (AG), and my answer (UAK):

"UZMA ASLAM KHAN's latest novel, The Miraculous True History of Nomi Ali (now available in the US by Deep Vellum), is a fictional account of the Andaman Islands under British and Japanese occupation, before and during World War II. With piercingly lucid attention, Uzma has drawn an intricate spider's web that is both a record and a refuge. (Nestled in the book is the story of the spider who saved the lives of Muhammad and his loyal companion by spinning a web over the mouth of the cave in which they hid.) Uzma's novel is an attempt to record the catastrophic consequences of imperial regimes while also honoring collaboratively made moments of safety and sanctuary among the colonized, including banished and incarcerated people, children, and the more-than-human world. Perhaps such possibilities are refuges unto themselves--simultaneously invisible and glinting in plain sight."

AG: To me, the tenderness with which you write is a kind of intervention of knowing that is in opposition to the colonial one. For instance, the roles that record-keeping and surveillance play in the brutalities in the imperial project, versus the "knowing" of the Mayakangne, Kwalagangne, and Dare winds. There is the intimate knowing between Priya, the chicken, and Nomi, the human. The third-person omniscient narration suggests, again, a different kind of knowing. How do you think about the memories and interiors of others within this much larger context of layered surveillance?

UAK: I love what you say about "interventions of knowing." It reminds me of Edward Said on knowledge: "Facts get their importance from interpretation [which] depend[s] on who the interpreter is, who he or she is addressing, what his or her purpose is, at what historical moment." When historical data privileges its own systems of knowledge, it's hard to trust the archives. It wasn't till about 15 years into the book that I began finding alternative sources, inspiring my own "interventions." A way perhaps to make fiction and an alternative record that I could trust.

I'll give examples. The titular character, Nomi, is made up. Her brother, Zee, is based on a historical figure. The first shot fired on South Andaman Island during the war was by a boy trying to save a chicken from Japanese soldiers. This actual event frames the opening chapter. Zee is based on the boy, Priya on the chicken. I took the liberty of giving Zee and Priya a loving sister.

The jailer, Cillian, is also based on a historical figure. I found reference to him in male prisoner testimonials. He is particularly feared by Prisoner 218 D. After the surrender of the Japanese, when the British reoccupied the islands, part of their strategy involved enlisting the help of former jailers. Cillian returns, with all the horrors that he took part in buried, along with my prisoner's name, beneath an official narrative of "white savior."

Too, the knowledge that you speak of between human and non-human. It's essential in all my books. For me, the physical world tells the emotional truth. One that's displaced when human and nonhuman reciprocity is displaced. So, for instance, the cost of war on indigenous fishermen because of underwater mines that removed them from their oldest food source and ally, the sea.

I can't say how I accessed these interiors. Love. Listening. A willingness to stay a long time, for instance, with the "knowing" of the winds that you mention. Interventions of knowing require immersion, empathy--these are acts of faith. There's a scene in the book in which an old man bemoans that the British never took their shoes off before entering a temple. I took my shoes off many times, yet I wasn't given permission to truly enter till I found Nomi.

** Read our full conversation here. So much gratitude to Aracelis, and to LARB for hosting us.**

So honored to make language with dazzlingly large-hearted, deep-thinking women.

Friends, an exciting in-person event. I'll be reading from and in conversation about The Miraculous True History of Nomi Ali , one of the New York Times' 88 Books for Summer 2022, on Tuesday, June 28 at 7:00 p.m. at McNally Jackson Booksellers, Seaport location (4 Fulton Street). There are many McNally locations, so please note this one.

My conversation partner is the lovely filmmaker and artist Mara Ahmed. There'll also be a Q &A followed by a book signing at the bar--fitting, for this former bartender.

Hope to see you there, and please share widely. 💛

Thrilled to wake up to this over the long weekend! A review of The Miraculous True History of Nomi Ali headlines the New York Times section "New Historical Fiction To Read This Summer" by Alida Becker.

"Uzma Aslam Khan's THE MIRACULOUS TRUE HISTORY OF NOMI ALI (Deep Vellum) is indeed a miraculous performance, although the young girl called Nomi Ali is only one of the many characters whose histories are entangled here. Set in the Andaman Islands, a British penal colony in the Bay of Bengal, just before and during World War II, Khan's suspenseful, thought-provoking narrative is a challenge to simple assumptions about enemies and friends, loyalty and betrayal.

"What was the 'terrible mistake' that sent Nomi's father from India to this brutal labor camp along with his innocent wife and children? Did the lone female political prisoner really manage to escape, as rumor has it? Will the invading Japanese Army, with its 'Asia for Asians' propaganda, yield an occupation that's any less vicious for the people of the archipelago than that of the Raj?

"Clandestine spies abound, as well as some obvious villains. But most of the compromised yet deeply sympathetic inhabitants of South Andaman Island have a single aim: to live for one more day ... (and) must maneuver 'between so many worlds.'"

Read an excerpt of the book in Lithub.

Buy the book from your favorite local bookstore, or here.

And don't forget, if you're in or around western Massachusetts, join me in person on Thursday, June 2nd at 7:00 p.m., at Odyssey Bookshop in South Hadley, for a book reading & signing. To register, click here. Thank you!

Please join me on June 2nd at The Odyssey Bookshop in South Hadley, Massachusetts, for a reading, discussion, and signing of The Miraculous True History of Nomi Ali. To register, click here.

The book is now officially out in the US! Find it on bookshelves across the country, or order from Odyssey.

Join me on Tuesday, May 17th at 7:00 pm US EST in conversation with writer Pam Thompson about my novel The Miraculous True History of Nomi Ali. It's free and virtual, so anyone can join. If you missed the virtual event last month hosted by City Lights Bookstore, here's another chance.

To join the crowd cast, register ahead using this link: https://www.crowdcast.io/e/nomiali/register 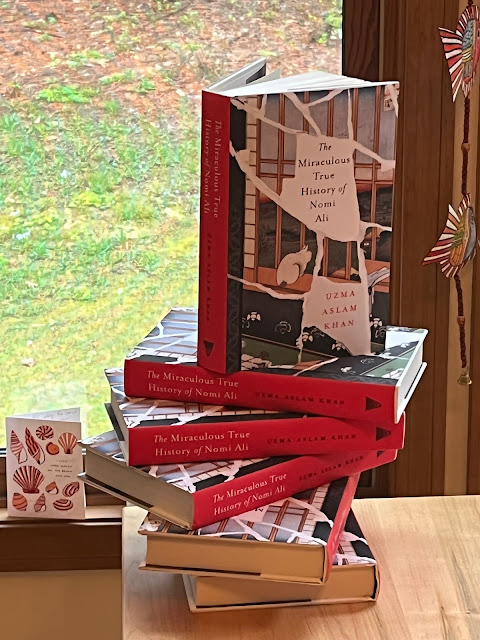 Bay Area Book Festival on May 7

Excited to be at the Bay Area Book Festival on the panel "Revolution and Resilience: Global Politics in Fiction."

Where: The Marsh Berkeley Theater

What: I'll discuss The Miraculous True History of Nomi Ali, which can be pre-ordered at a discount here. Or at City Lights Bookstore, where copies have already reached!

Book signing: Yes! This is an in-person event and there'll be a signing after the panel.

Come celebrate the US launch of my fifth novel The Miraculous True History of Nomi Ali at the wonderful City Lights Bookstore.

Zoom. It's free, but you'll need to register ahead here

Gratitude for helping to spread the word. As regular visitors to my blog will know, it's been a very long road--the writing, and subsequent steering of Nomi & friends across tumultuous seas. This book is the mother plant of all my others: finished last, begun first.

Enjoy a pic of my mother's champa mother plant, so tremendously knotted & alive, taken when I was in Karachi on New Year's 2022. See you on Zoom 💞 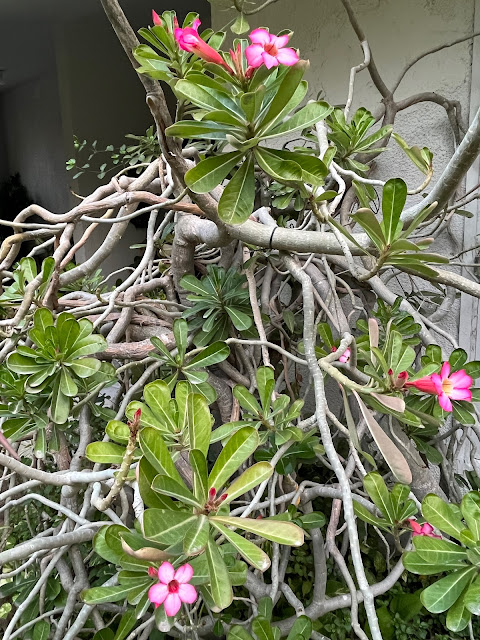 Conversation with Aracelis Girmay in The Los Angeles Review of Books

Uzma Aslam Khan
Author of five novels, short fiction, non-fiction. My most recent novel, THE MIRACULOUS TRUE HISTORY OF NOMI ALI, is now out in the US, and forthcoming in the UK in June 2022. I was born in Lahore, Pakistan, and grew up mostly in Karachi. Movement has been a close friend and home. As a child, I also lived in Manila, Tokyo, & London. As an adult, in Upstate NY, Tucson, Lahore, Rabat, Honolulu, and, presently, western Massachusetts. I wrote my first (complete) story at age six, and can never remember a time when I didn't scribble in a notebook. In this photo, I’m on a suspension bridge in Hunza, in northern Pakistan, where a previous novel, THINNER THAN SKIN, is set. I found the bridge on my way south from Passu to Gilgit. In case you’re in the area, you can hazard the crossing by following this route.

Check out my web site (new)

Now on bookshelves across the US! 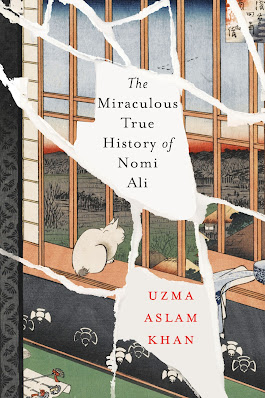 In Sweden, from Ordfront Forlag 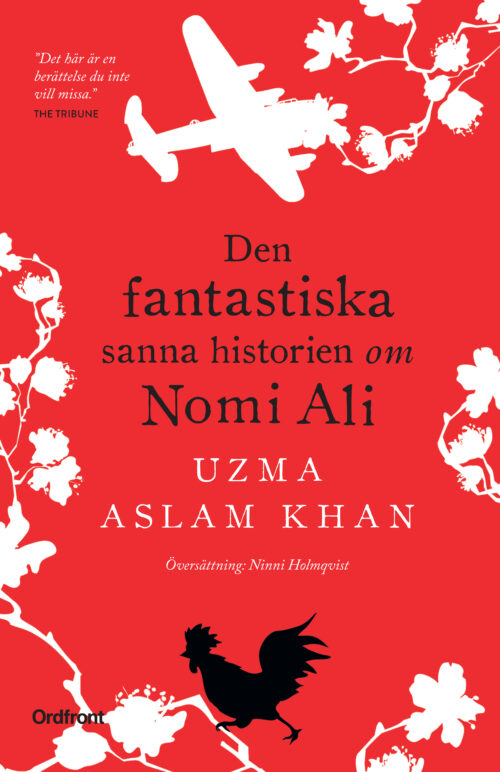 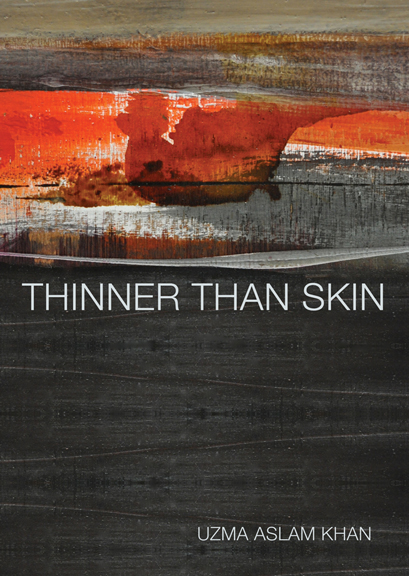 In Canada, from Harper Collins 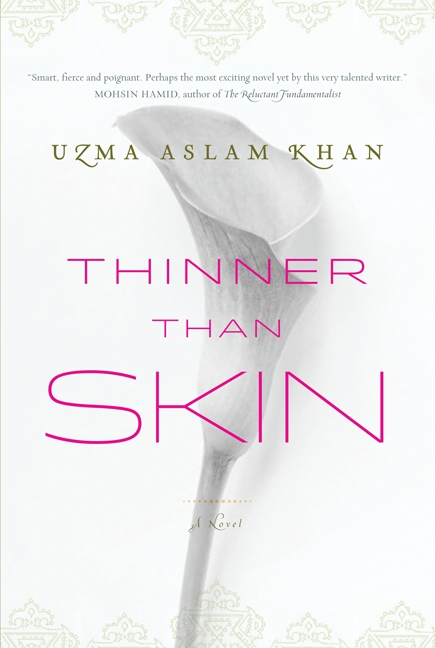 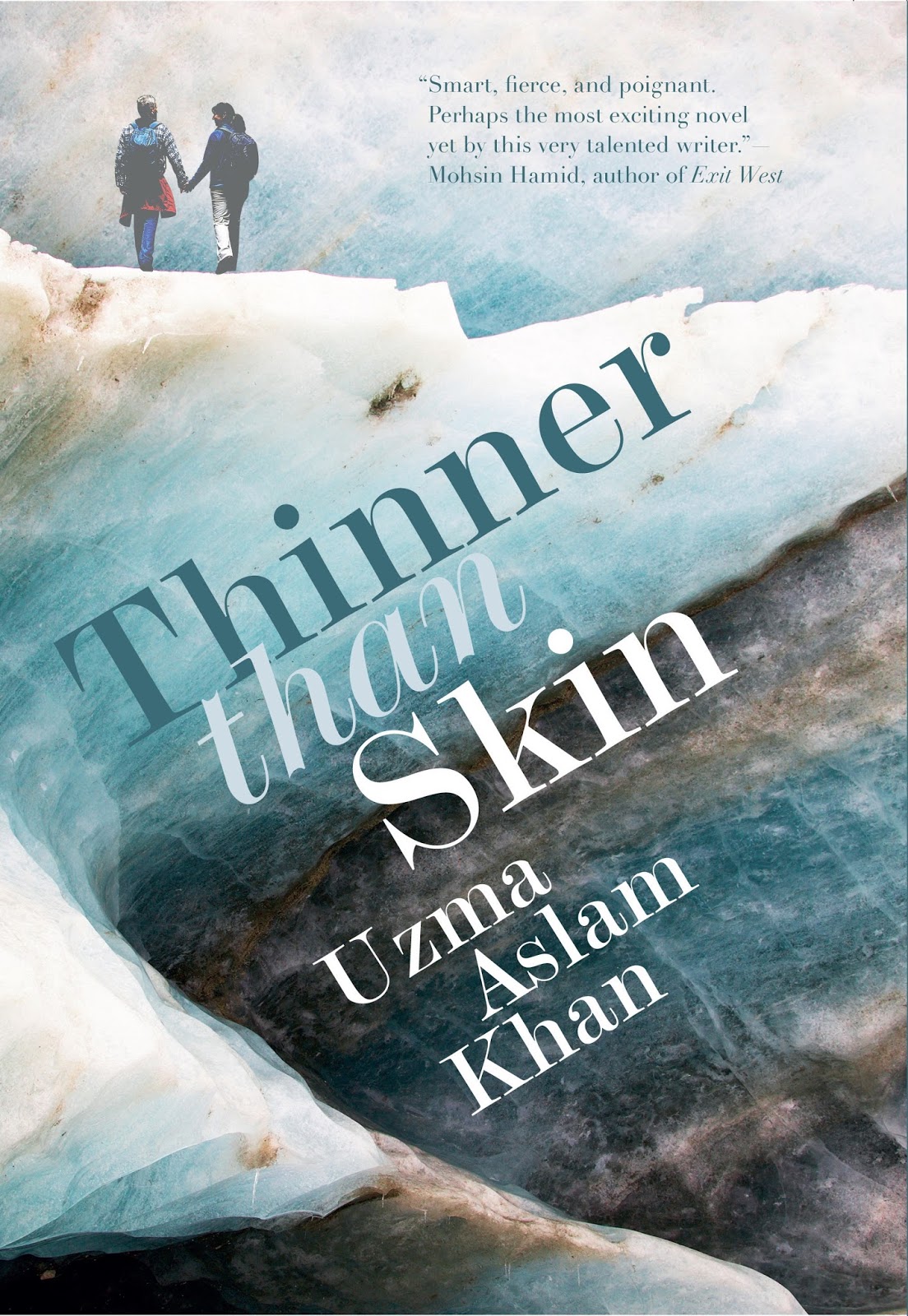 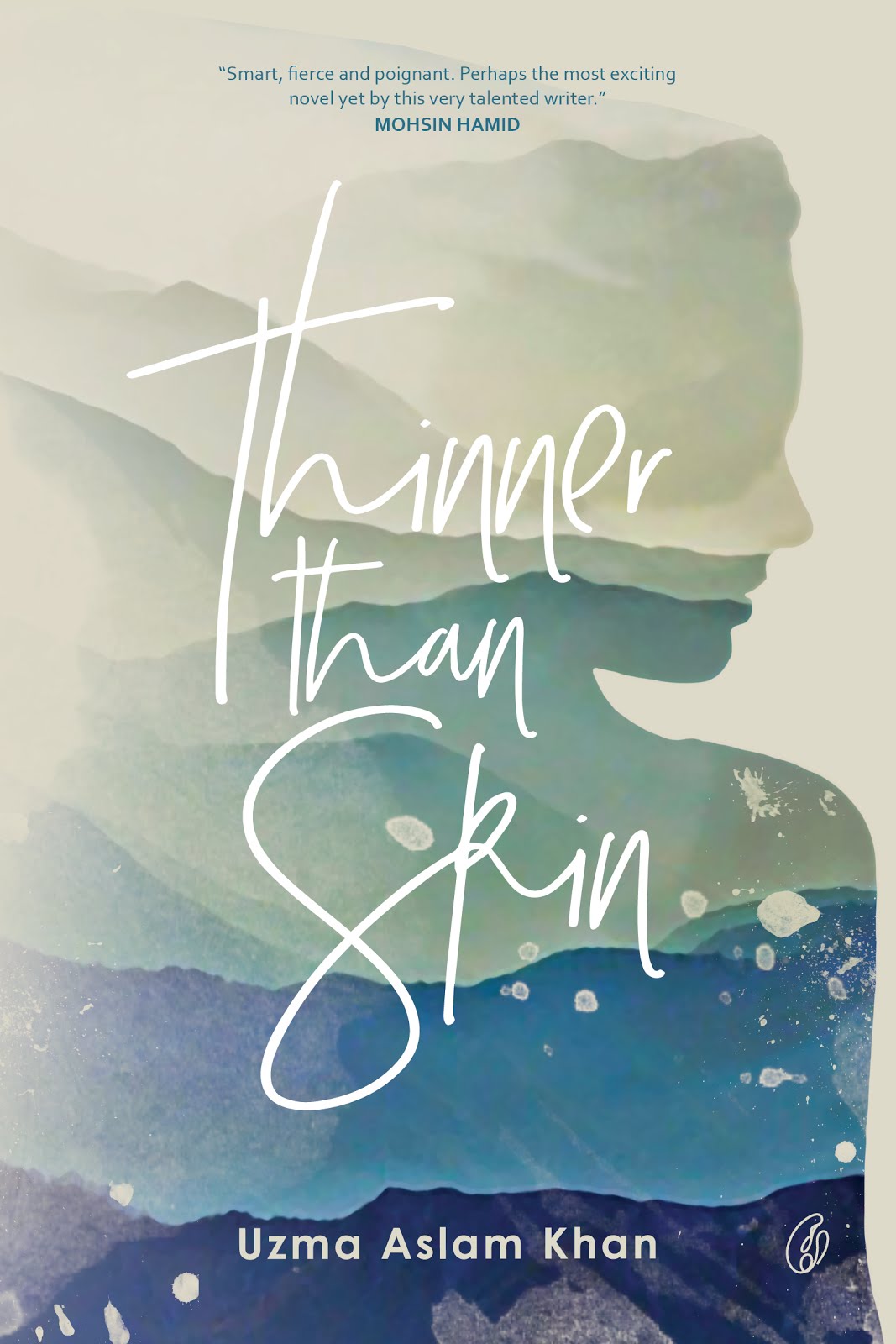 In Turkey, from Erdem 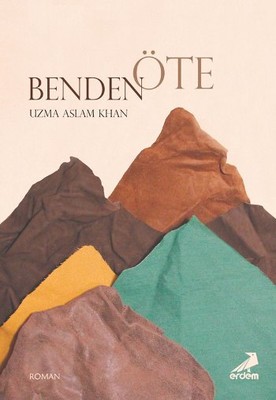 Click on image for an interview on publisher web site, and to purchase

In India, from 4th Estate/Harper Collins 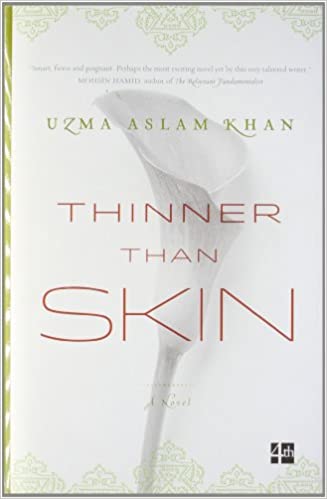 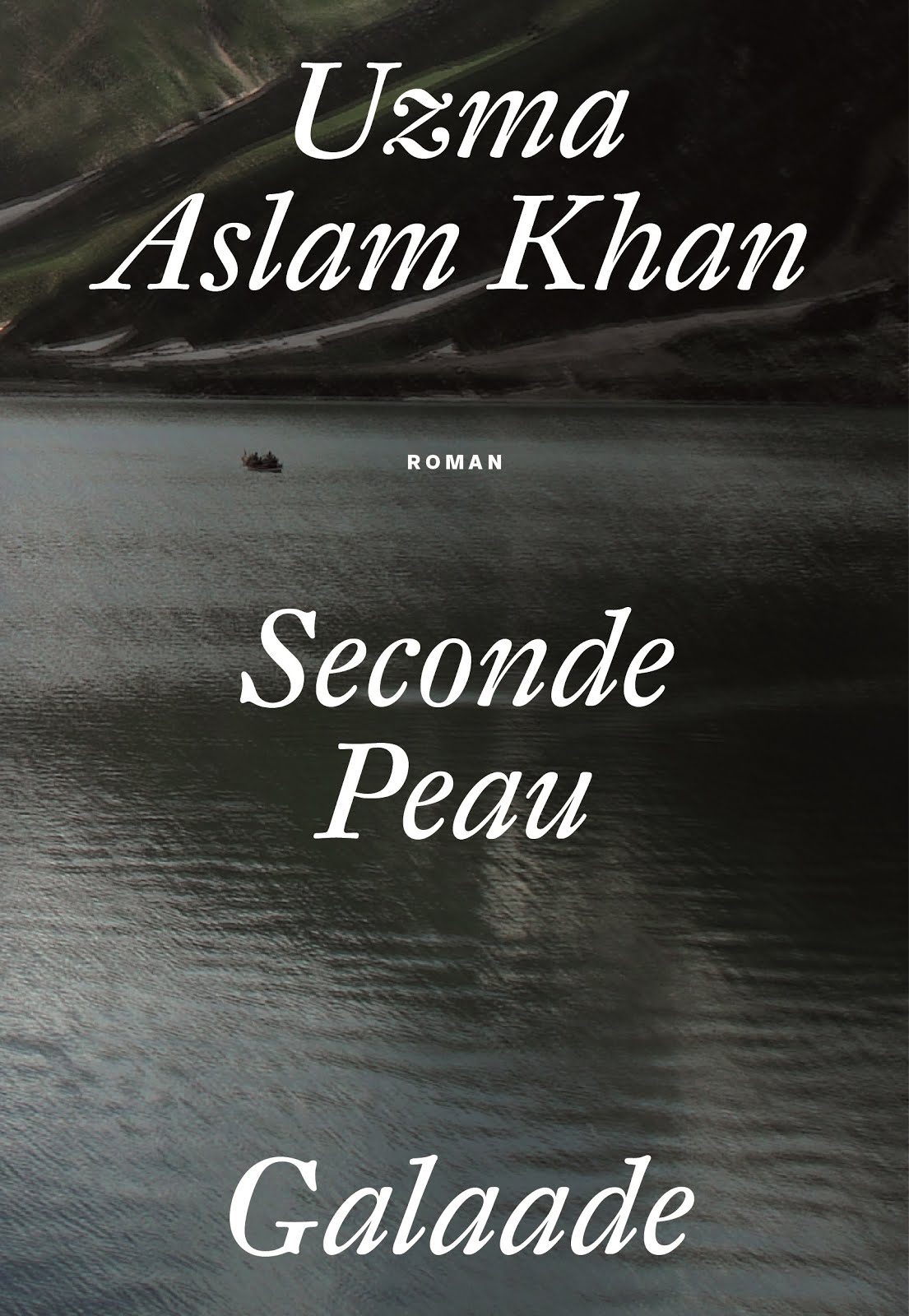 Click on image to hear me speak on the book, and to purchase it

THE GEOMETRY OF GOD: 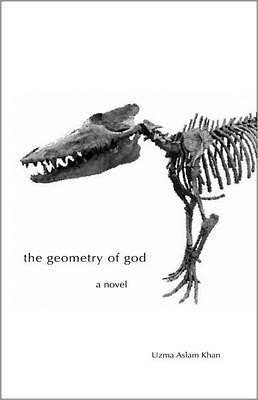 The Geometry of God in Italy (as Mehwish Parla al Sole) 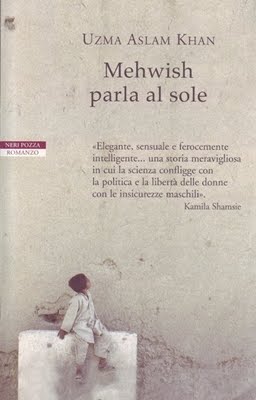 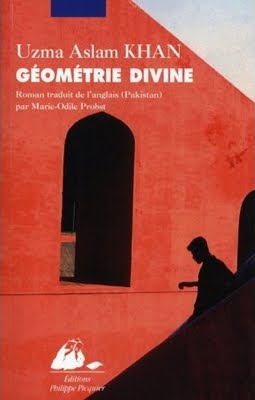 Click on the cover to go to Amazon France 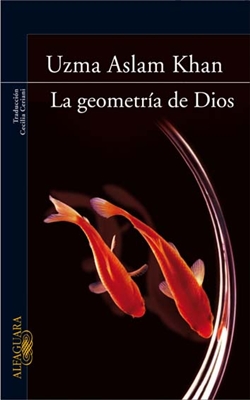 Click on the cover to go to Amazon Spain 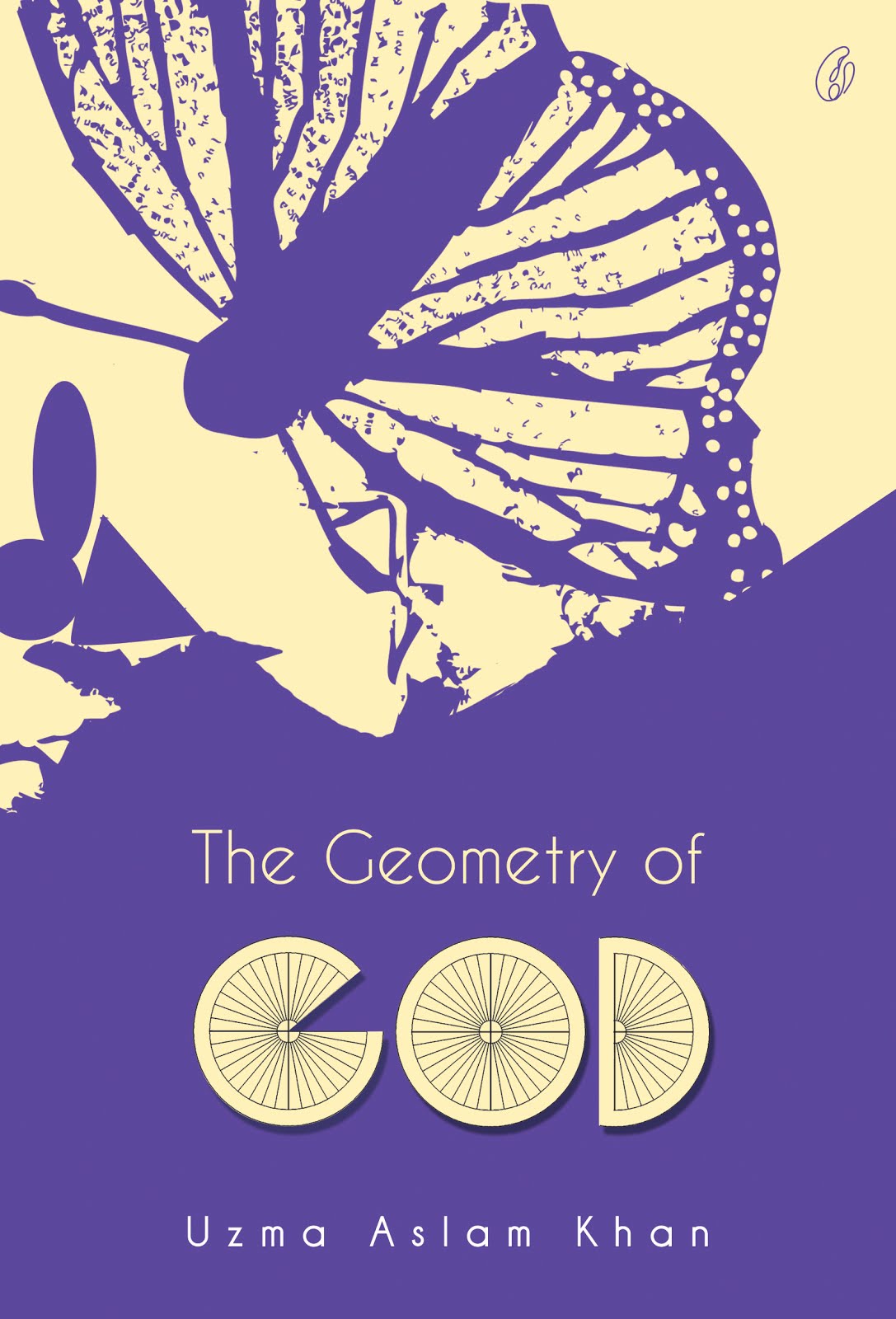 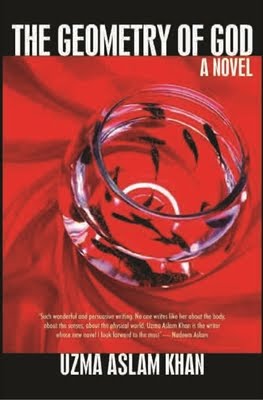 Now Pray: Notes on a Separation

My Mother is a Lunar Crater

The Origin of Sweetness

Non-Western Books Everyone Should Read

A Tribute to Sabeen Mahmud

Where Are the Women Tabla Players?

The 2013 massacre on Nanga Parbat's base camp

On the Iraq War 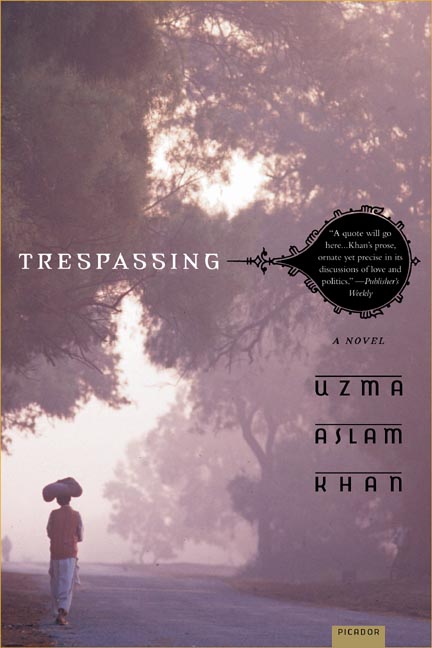 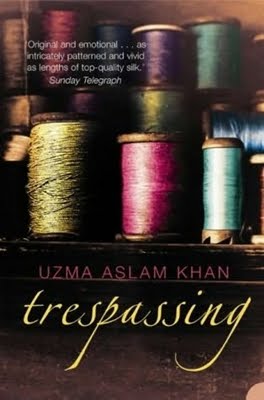 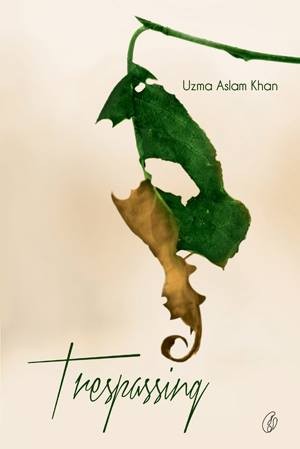 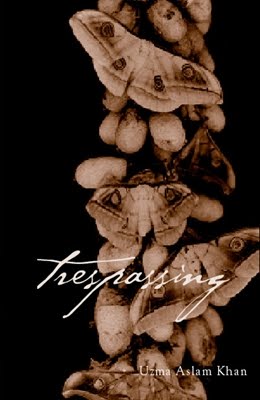 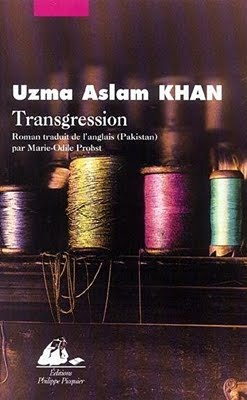 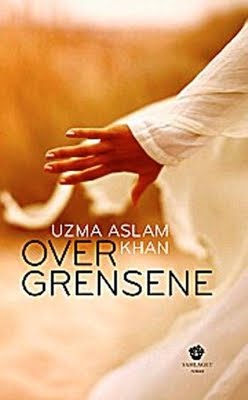 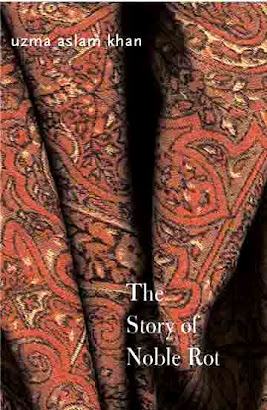 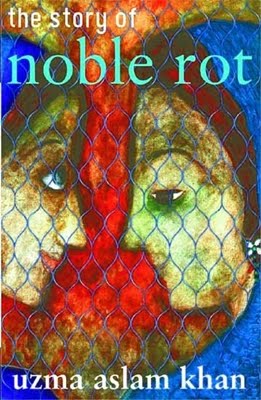